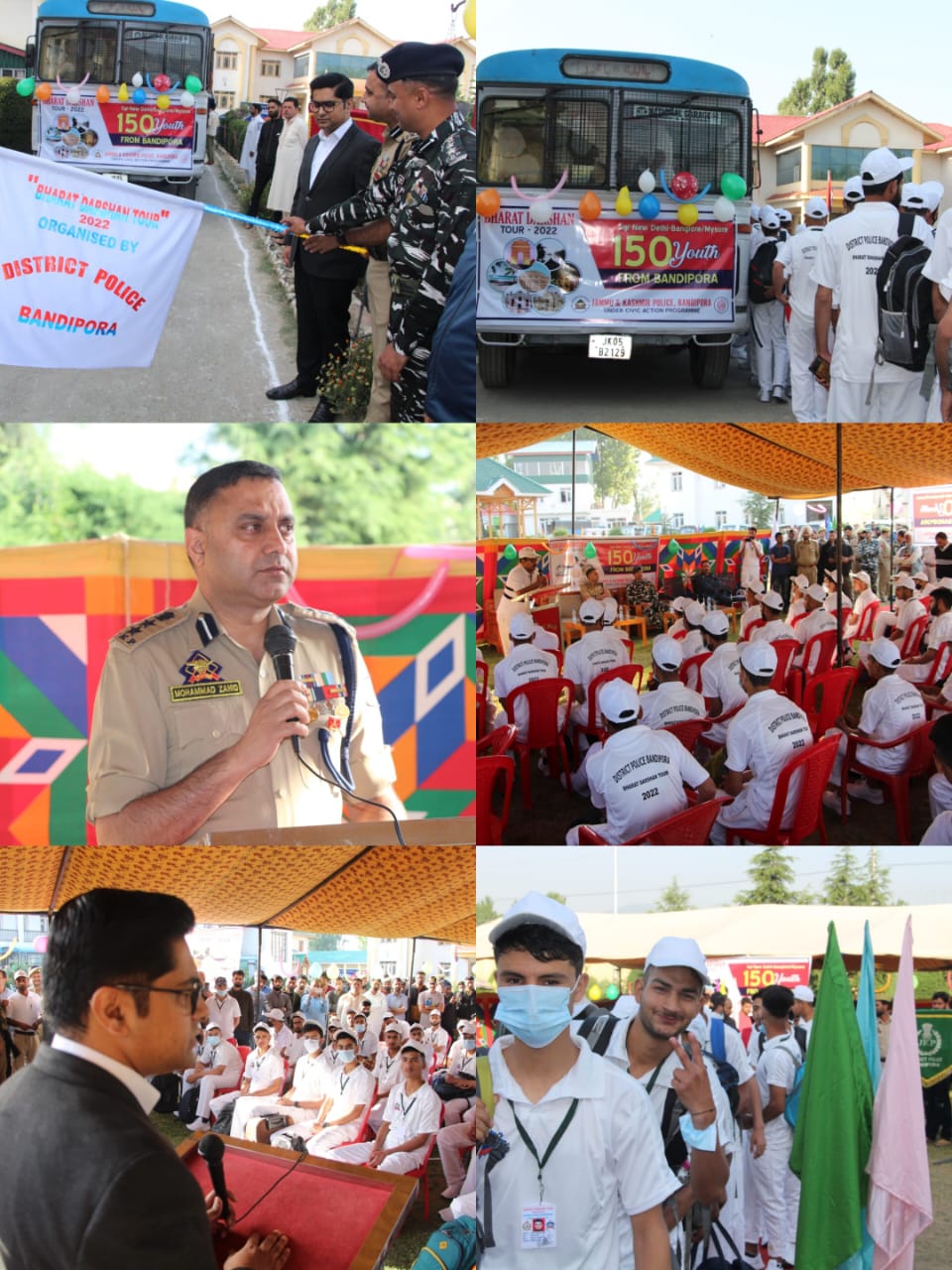 The DC Bandipora in his address to the touring students said that Bharat Darshan tour which is organized by Bandipora police is primarily aimed at providing opportunity to the youth of the district to understand the togetherness of India inspite of immense diversity.

The SSP Bandipora while addressing the students, said that it is an effort of J&K police to expose our youth to exciting tourist spots of the country, historical places and other famous workplaces, industrial units and IT sectors etc adding that it would make them aware of Art and Culture, people and rich diversity of our country.

The SSP advised the touring youth to imbibe in them greatness of the country and to take full advantage of the opportunity and collect memories for life during the tour, besides wished them safe and life changing tour.

In Delhi, the students will have a city tour including visits to different historical sites, monuments and parks including Red Fort, Qutub Minar, Lotus Temple, India Gate, National Police Memorial, Dehli Police HQRS etc. The group will visit the Parliament, Supreme Court of India, North and South block throughout the tour.