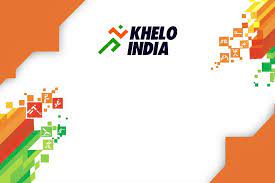 Our Kashmir is famous all over the world for its natural beauty, climate, waterfalls
and captivating landscapes. Due to its natural beauty, it is also called Jannat Benazir.
There is an atmosphere of peace and prosperity everywhere. The people here,
especially the youth, have proved their mettle in various fields and have shown great
success in every field. In this regard, the government of India has taken various steps to
uplift the leisure skills of the youth here.
Steps are being taken at all levels to promote sports in Kashmir and our
government is also at the forefront of this important step. At the private and public
levels, children are being encouraged to hone their skills on the playground and
demonstrate them to the world at large. Every day various sports competitions are
organized in Kashmir Valley so that all kinds of sports are promoted here. Sports are
being promoted to keep children away from drugs and other crimes. A three-day event
was organized at SSP College, Parihaspura Pattan in which players from all over the
valley participated. Apart from the top officials of Jammu and Kashmir, many other
dignitaries also attended the inauguration ceremony as special guests. In the month of
September this year, the Union Minister for Youth Affairs and Sports Mr. Anurag Singh
Thakar visited Kashmir Valley. During his visit, the Minister met many former and
current players. He also urged the people of Jammu and Kashmir to promote spread of
the fervour of sports in order to develop the sports infrastructure according to the natural
ability and interest of the youth. About the development in the field of sports in Jammu
and Kashmir there is a need to ensure maximum use of Khelo India State Center of
Excellence in Srinagar so that more players can be trained.
Winter games are being played at tourist destinations in which players from all
the districts of Kashmir are participating only for the purpose of improving the sport and
are displaying various interesting skills at the national level to encourage the population.
Prime Minister Modi once said that the second edition of Khelo India Runner Games will
be more successful than its predecessor and will be a big step towards making Kashmir
a major hub with Indias effective presence in the Winter Games. He said that this winter
houses in different ways reflects the growing excitement of the relationship.
A new ecosystem of Winter Games Sporting will be brought to fore in Jammu
and Kashmir which will create a new impetus in the tourism sector in J&K. According to
a survey, four sports are popular in J&amp;K namely cricket, football, hockey and rugby.
With an increase in construction of indoor infrastructure for sports across the valley
sportspersons will be able to practice their respective games all twelve months of the
year. In August this year, Indian cricketer Yousuf Pathan visited Lolab valley, where he
met a number of local players. He also encouraged them to take up the task of training
minimum two young players from J&amp;K at the Pathan Cricket Academy.

The government is engaged in various measures to promote sports in the vicinity
of Kashmir under the theme Khelo Kashmir, Khelo India’
The right path of life should be guided upon to the young generation and they
should stay in the right path by avoiding misguidance. It is firmly believed that sports
help a person in achieving physical fitness and would further help in nurturing the young
talent which exists in the Kashmir valley which would in turn enable the youth to
amalgamate with the mainstream population.