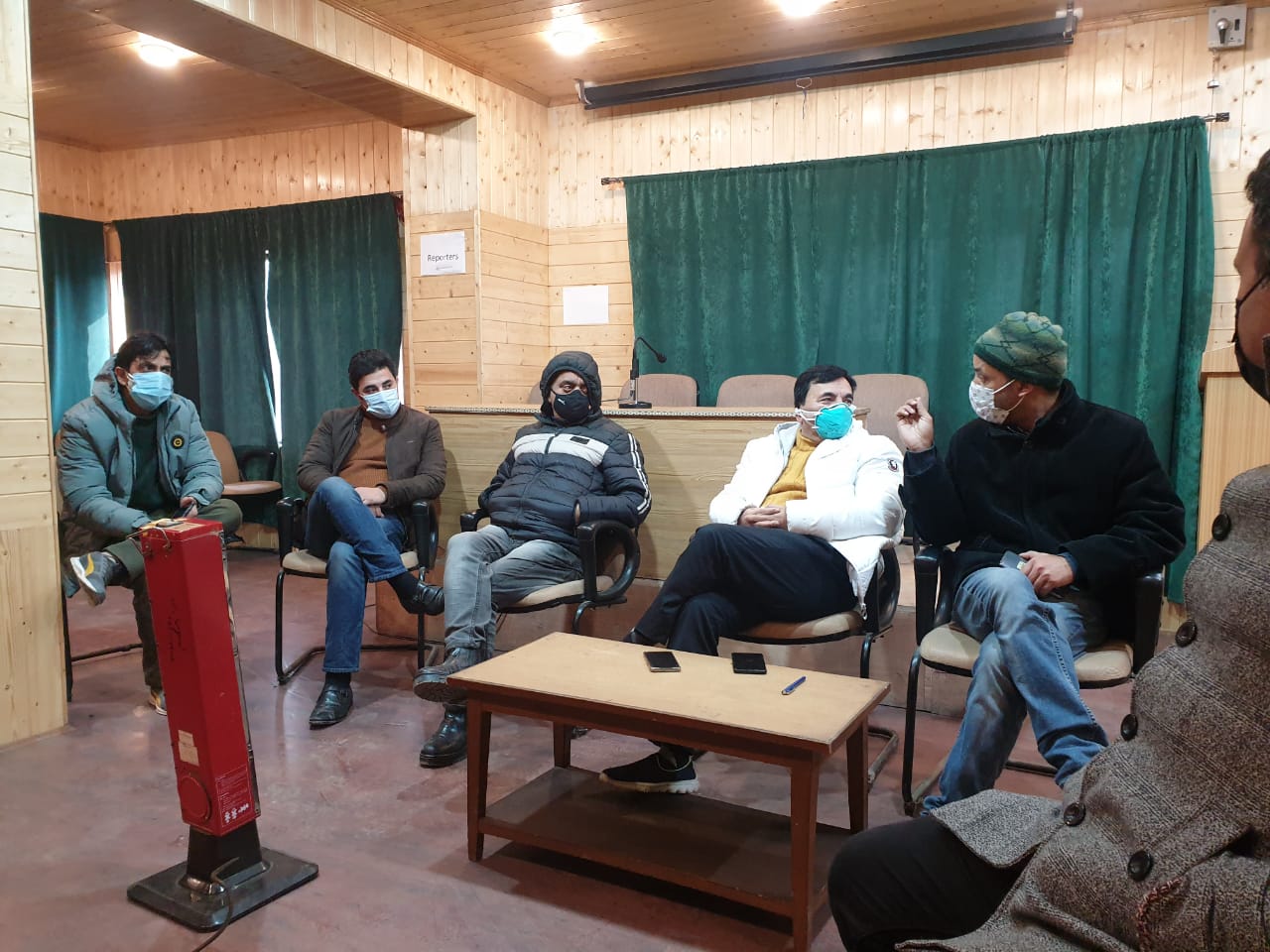 Takeover of Kashmir Press Club, Srinagar
Srinagar: With the Kashmir Press Club being defunct for the last six months when the tenure of the previously elected body ended, a new interim body was elected on Saturday January 15, 2022 with veteran journalist M Salim Pandit as the President. The three member body also includes journalists Zufliqar Majid as the General Secretary and Arshad Rasool as the treasurer of the Club till the elections are held in free and fair manner.
The other details are mentioned in the takeover document as duly signed at the Kashmir Press Club vide No: KPC/002/2022 Dated: 15-01-2022 as given:
It is an open fact that the Kashmir Press Club at Poloview Srinagar founded in 2018 with immense efforts of the Kashmir based journalists who had unanimously handed over the responsibilities of the Club to veteran journalist M Saleem Pandit, who works with The Times of India (ToI) as the founding President. With the passage of time, however, the Kashmir based journalists held elections of its executive body on 15th July 2019. The elected body served its tenure for a period of two years, which ended on July 14, 2021. As the previous committee delayed the elections for unknown reasons the Club was headless, thereafter for around six months, putting media fraternity to unwanted trouble.
Now therefore on January 15, 2022 various journalist organizations across Kashmir valley unanimously decided to form an interim body of three members with M Saleem Pandit as president, Zulfikar Majid, bureau chief of Deccan Herald as General Secretary and Arshid Rasool Editor Daily Gadyal as Treasurer of the Club till elections are held in free and fair manner.
The interim body besides running the day-to-day affairs of the Club, will also be authorized to form a required executive body which will help the KPC to flourish and grow into a modern press club much in need with the growing requirements.
The new body has pledged to ensure the welfare of journalists as its top priority.
M Saleem Pandit
President