Police arrests a person and seizes 03 vehicles in Budgam 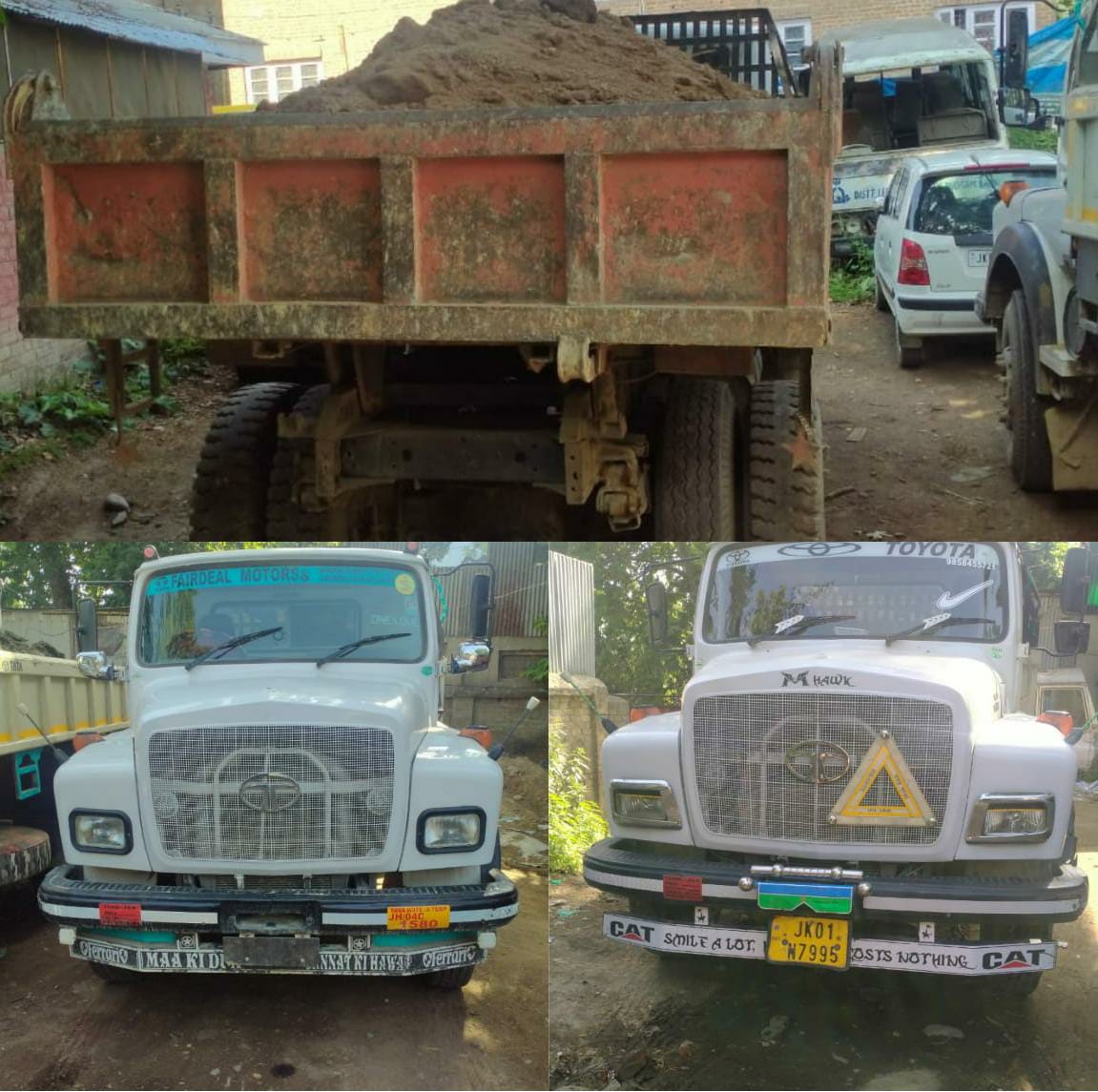 May 19: Acting tough against the elements involved in illegal extraction and transportation of minerals, Police in Budgam have arrested a person and seized 03 vehicles involved in the commission of crime.

Police parties from Police Station Budgam at various checkpoints established in their jurisdiction intercepted 03 tippers loaded with illegally excavated soil at Mohanpora Crossing, Reshipora Railway bridge & Bathar crossing respectively. The trippers bearing registration numbers JK01N-7995, JK03B-0713 & TMP-JH04C-1580 were seized and a driver identified as Hilal Ahmad Bhat son of Ghulam Ahmad Bhat resident of Paimus Budgam was arrested. However other accused drivers managed to escape from the spot leaving behind the vehicles. Efforts are on to nab them.

In this regard, cases vide FIR No.s 157/2022, 158/22 & 159/22 under relevant sections of law stands registered at Police Station Budgam and investigation has been set into motion.

Persons found indulging in illegal mining activities shall be dealt as per law. Community members are requested to share information regarding the crimes in their neighbourhood with their concerned police units.