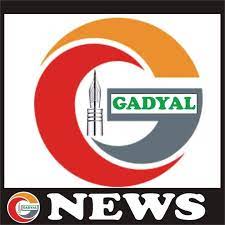 “He chose a path to power be priced to set someone back at any cost & today, he is groping in the dark”

Imran Khan, star cricketer of Pakistan who became PM & ascended to throne in 2018 with largescale ballyhoo and trumpet call of making his country a land of fortuity. Imran’s celebrity status and evangelism against corruption helped him win support of its people across the country’s political divide. He emerged out a star with vibrant rallies of catchy songs as well with full media support & amplified staunch over anti-corruption expedition. Dream of “making naya Pakistan” made him a national hero in 2018, and everything seemed to favoured him in getting the regime Riyasat-e-Madina. Khan had surreptitious backing of the military. The Pak army has either precisely or discursively controlled the country for its continuation, and critics were labelled over Imran Khan’s government as hybrid regime.

Former PM Nawaz Sharif was convicted on corruption charges by Imran and Pak military regime and Khan proclaimed that Nawaz Sharif was a protégé of military dictator & he may had invoked the ire of military establishment. The moment khan came to power he contrasted that the Pak army & himself were on “same page” when it comes to policy making decisions. However, results were vexing when civil society activists, faced spate of attacks with abductions, targeting journalists & commentators made both Mr Khan’s government and the intelligence services critical to answer. Both denied involvement to its people and no culprits ever identified.

Khan insisted focus on remodelling his governance & started selling social welfare schemes by introducing health insurances across the country by copying with one eye from PM Narender Modi. However, his scheme got faltered when he appointed an inexperienced and unqualified chief minister of Punjab, Mr Usman Buzdar. His decision was ridiculed and questioned horrifically by its own political bureaucrats. Despite overwhelming criticism Khan did not gave an ear to its people and the loss came with rumours that Imran’s wife is a sort of spiritual guide who warned him about Mr Buzdar that – if he were to be sacked – his entire government would collapse. Mr Usman Buzdar tendered his resignation to PM Imran on 28 March 2022. The other challenges emerged out under Khan’s regime which took the country towards deterioration were cost of living with sharp rises in price of food, fuel and essentials, falling Pakistani rupee against US dollar and public resentment over job losses and factory shut down due to pandemic. Coronavirus affected millions in Pak beyond imagination due to lack of supportive and proactive government policies. The euphoria over Taliban takeover of Kabul has been short lived as terrorism tried to pop-up again in Khyber Pakhtunkhwa and Balochistan. The terror factory against India has suffered heavy reverses. PTI has kept Pakistani military establishment on toes with their antics and rhetoric related to letter gate. Vendetta politics has been put in place to round up PTI leaders in Masji-i-Nabvi sanctity case. More than 150 PTI workers were arrested in the blasphemy case before Islamabad High Court (IHC) intervened. Imran Khan’s continuous rant over his ‘military establishment engineered ouster’ and protest politics has been damaging the image of Pakistan Army. DGISPR is finding it tough to pedal the narrative that Pakistan Army is apolitical and judiciary and Army should not be accused.

Chinese debt trap policy has put Pak into a quandary. The Pak import & export has been badly affected due to political instability and policy paralysis as the new government led by Prime Minister Shahbaz Sharif was seen camping at London to seek clarity on governance issue from Nawaz Sharif, the PMLN supremo who is on a forced exile. Relationship with Afghanistan has nosedived due to continuous skirmishes along the Durand Line and bombardment of Afghanistan province by Pakistan’s Airforce in April 2022. Last year dynamics of politics changed drastically & rift began appearing between Gen Bajwa and Lt Gen Hamed (hoping to become next chief) who already declared himself as next Chief in Afghanistan. The tension started rising in October 2021, which enveloped Imran Khan when Gen Bajwa understood to wish for a new reliever of ISI whereas Mr Khan had developed a closed relationship with Lt Gen Hameed. Khan wanted him to stay on until elections had taken place and Khan assumed that Lt Gen Hameed could help him in ensuring victory once again in the upcoming general elections. The now visible cracks between military and Imran reassured the opposition and they started designing no confidence votes. The military declared itself neutral whereas the opposition members started receiving calls from ISI directing them what to do & how to do. Once everything got set under the table the calls stopped and interference from the army also stopped and downfall of Imran became inevitable. The differences emerged further between Khan & military pertaining foreign policy. Imran visited Moscow when Russian troops crossed Ukraine and US took it very seriously resultant into sanctions on Pakistan by FATF. However, Imran alleged that he is the victim of US led attempt to affect the regime change and because of his anti-west foreign policy which he earlier gave as criticism of Americas war in Afghanistan has further provoked Pak army and the opposition. Although Imran has been kept under the anti-American reservoir which Pak army has itself fuelled an atmosphere by warning him repeatedly of vague foreign plots and agendas but he was clueless that his own guidance will fall upon himself that he uses to teach to his cricket team during depression “fight like cornered tigers”.
Tumultuous term as PM ended followed by high political drama for weeks & days of constitutional clutter. Khan left with only two choices: resign or be voted out of office. The former PM political annihilation rooted twin nitty-gritty. Inside the parliament, PTI lost coalition support denying him the majority he needed to defeat the vote of no confidence and outside the parliament, Khan lost support of its own military & ISI, & opposition alleged the same helped him won 2018 election, and now they thrown him out over policy decisions.

And the melodrama continues…