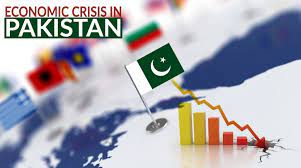 Since the partition, Pakistan’s economy has experienced a bumpy ride. The rate at which grew was 6 per cent for the first four decades of its independence. The per capita income doubled, inflation remained very low, & poverty declined significantly in early years. By the year 1969, Pakistan bo asted of exports being higher than that of Thailand, Malaysia & Indonesia combined. Gen Ayub Khan was a strong believer of liberalization & thus led to the strongest economic growth in the history of Pakistan. However, economic policies were highly business friendly which led to wealth being concentrated in the hands of a few. During his regime, the economy boomed along with educational reforms, human development & scientific achievements gained a lot of ground.

However, post Gen Ayub, Bhutto ‘s policy of nationalizing industries, banks, insurance companies, ed ucational institutions & other organ isations, led to derailm ent of the ongoing journey of Pakistan‘s economic growth & modernization. The nationalisation programme ignored the realities of market economics which led to falling foreign investments. The setback hit Pakistan economy & the countries that were lagging behind Pakistan overtook it with Pakistan growth rate in the 1970s falling to 3.7 per cent per annum from 6 per cent recorded in the 1960s. The combined effect of the 1971 War & misconce ived policies ruined Pakistan’s flourishing economy. ‘Zia’ era saw the end of centralised control & policies which led to improvement of both the foreign & domestic environment in the country.

By the late 1980s, the economy rose from under 4 per cent to 6.5 per cent which was driven by massive aid from US, China & Saudi Arabia. The withdrawal of the Soviet Union from Afghanistan in 1990s saw foreign aid from the US almost drying up. To add on, the shaky democracy under Benazir Bhutto & her populist policies led to a growing fisca l deficit, augmented by ineffective domestic revenue collection process. From 1988 to 1999, a little over a decade, Pakistan was ruled by nine different governments. Recurrent changes in the government & reversal of the decisions taken by the earlier government created situation of ambiguity which led to Pakistan losing its standing among the international financial community & local investors. In the 1990s, Pakistan’s economic growth plunged drastically from 6/7 per cent to between 3/4 per cent, poverty level rose to 33 per cent, inflation was in double digits with foreign debt amounting to nearly the entire GDP of Pakistan. The rule under President Gen Pervez Musharraf saw resurgence of Pakistani economy with the national GDP doubling from the prevailing 3-4 per cent to 7 per cent yearly & the country’s debt burden almost halved.

However, the economic euphoria was shortlived & Pakistan’s economy started to decline from 2008 onwards. The established security situation & Pakistan’s role in the war on terror as a frontline state created nervous ness amongst both domestic & foreign investors, forcing a massive exodus of financial capital from Pakistan to other neighboring countries & the Middle East. The major structural flaw lied in the area of tax collection, which is lax, & only about half of what is due is collected. The cor rupt officials are also protected by the pol iticians so that they can both share the proceeds, with no questions asked. The current state of the economy, despite the recent performance remains sluggish. The real GDP of Pakistan grew from 3.83 per cent in 2012 to 4.13 per cent in 2014 according to International Monetary Fund (IMF), World Economic Outlook Database. The rate of unemployment declined marginally from 7.6 per cent in 2005-06 to 6 per cent in 2013-14, but the numbers remain high because of its huge youth population.

Lack of economic opportunity within Pakistan & the inability to leave the country produces masses of young men who are ripe for misuse by political & extremist religious leaders for terrorist & illicit political activities. The military run business venture, the “Fauji Foundation”, one of the largest business conglomerates in Pakistan, has grown exponentially from Rs 152 million in 1970 to Rs 9.8 billion in 2000. The strong growth is mainly because of large subsidies & concessions given by the government at the expense of common citizens.
Pakistan’s excessively high defence spending is adversely upsetting allocations to various social sectors like public health, education, water supply, etc. The cumulative effect of political turmoil, short-sighted fiscal policies, fragile security environment & lack of will to put into practice harsh policies critical for a healthy economic state shook the investors’ confidence & has discouraged foreign investments & aid. Thus, Pakistan’s economy continues to linger in a fragile state, oscillating from one crisis to another.

Disclaimer: The viewpoints expressed by the authors do not necessarily reflect the opinions, viewpoints and editorial policies of Daily Gadyal

Pfizer CEO says this may be last Covid wave with restrictions